News„Gombrowicz moves (in) the world” 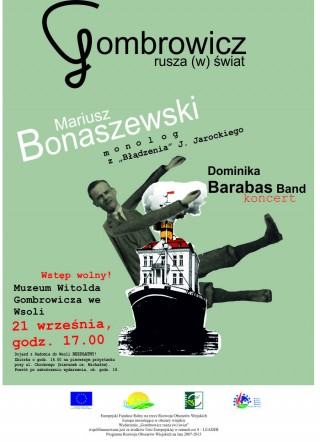 The construction of this theatrical- musical event was similar to the first part. Mariusz Bonaszewski presented the monologue taken from „Wandering” based on the Gombrowicz's texts, a legendary spectacle directed by Jerzy Jarocki, and then we heard the concert of a song with text, performed by Dominika Barabas Band, a young and extremely talented artist, winner of many song contests with a good literary text.