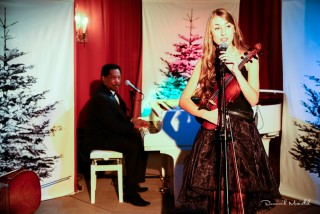 Stan Breckenridge is the jazz pianist and lecturer, the scholarship holder in The Fullbright Foundation.

Klaudia Kowalik, the student of the Music School in Radom, was heard by Breckenridge  during the workshops conducted by him. Marveled at her talent so much that he offered cooperation, the fruit of which there are two discs recorded by these artists.