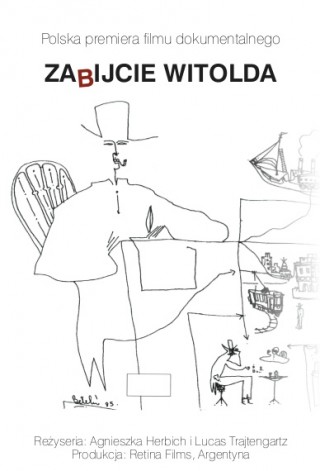 2013-05-27
Premiére of a documentary Zabijcie Witolda/Kill Witold and a meeting with Agnieszka Herbich, the film co-author.

The film features accounts of witnesses of Gombrowicz’s Argentine biography recorded, literally, at the last moment. The writer’s Argentine friends are elderly people now and their memories fade, go away as they do. Therefore the Witold Gombrowicz Museum inspired the Ministry of Foreign Affairs to finance the production. One of the main characters in the film, Juan Carlos Gómez, passed away last December, just a few months after he had recorded the interview for the film.