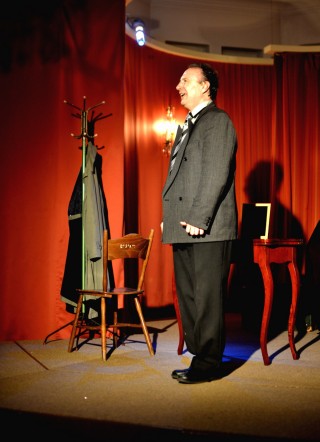 Can Trans-Atlantyk arouse emotions 60 years after it was written? With this performance we wanted to remind the reading audience of the anniversary of the first publication of Trans-Atlantyk and inauguration of the editorial series: Biblioteka “Kultury”/the Parisian Kultura’s Library.

In 1953 the Parisian Kultura started publishing books within its own library series which included Trans-Atlantyk and The Marriage. Publication of Witold Gombrowicz’s texts was not an easy decision because some fragments of the controversial novel when published in Kultura outraged the readers.