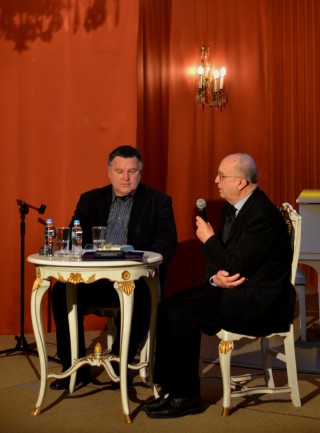 2012-03-11
Author of Pióropusz/Plume which was awarded the Nike Literary Prize 2011. Tomasz Tyczyński interviewed the writer.

Marian Pilot  (b. in 1936 in Siedlików near Ostrzeszów, Province of Wielkopolskie) is regarded as one of the main representatives of the so called peasant trend in Polish prose. He is a laureate of numerous literary awards, although as he says he is a “lazy writer who publishes a book once in a decade”. In 1965 he was awarded the Stanisław Piętak Prize for the novel  Sień/The Hallway, and the Władysław Reymont Prize for his literary achievements. In 2011 he became the Nike Prize winner for the novel Plume.