NewsConcert of the High Definition group 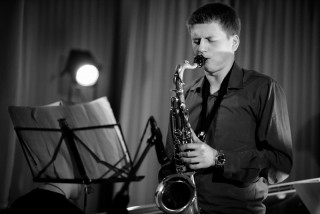 2012-02-19
A successful group from Cracow who can boast of numerous awards like for example: the Grand Prix at Jazz Hoeilaart in Belgium and the Grand Prix from the Krokus Jazz Festival in Jelenia Góra.

What is more, Piotr “pianohooligan” Orzechowski was the first Pole to win the Montreux Solo Piano Jazz Competition in Switzerland, Alan Wykpisz was awarded the prize for the best double-bass player at a Belgian festival, and Patryk Dobosz, a drummer from Radom, received the First Prize at the Pro Jazz Festiwal. The Jazzarium.pl portal hailed them “The Debut of 2011”.