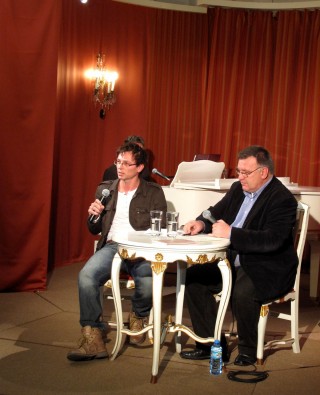 2011-12-16
promotion of a volume of poetry and inauguration of the Witold Gombrowicz Museum book series Bibuła Literacka ( Literary Pamphlets).

The publishers’ ambition is to promote literary texts of value which were written by the (so far) less known authors, and which at the very fragmented literary market could remain unnoticed. The series coordinator is a well-known literary critic and Director of the Museum of Literature in Warszawa - Jarosław Klejnocki.

The series starts with a volume entitled The Black Cab written by a Radom poet Robert Utkowski. It is Utkowski’s second volume. He made his debut in one of the last issues of  bruLion; his poems were also published, among others, in the cultural magazines Kresy and Kartki.