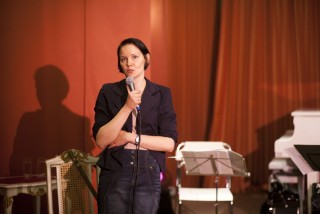 2011-12-04
Fifty-three letters written by Witold Gombrowicz were added to the Witold Gombrowicz Museum Collection. The negotiations with the correspondence addressee – Gombrowicz’s friend Juan Carlos Gómez lasted more than a year. It was perhaps the third attempt to buy these precious documents of Polish culture, this time a successful one!

Majority of purchased letters have not been published in Poland yet. The collection comprises Gombrowicz’s letters and postcards and two letters from Konstanty Aleksander Jeleński from the period 1957-1965. So far the documents have been in the possession of Juan Carlos Gómez, who published them in Argentina, as he claimed, against the will of Rita Gombrowicz, the writer’s widow. J.C. Gómez was one of the closest friends of the Polish writer. Henryk Bereza even called him Gombrowicz’s spiritual heir and Gombrowicz used to call him “confident Goma”.