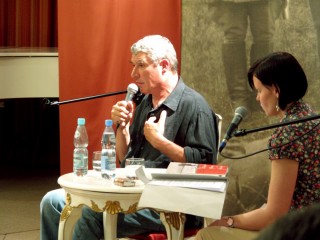 Andrzej Stasiuk – a prose writer, playwright, poet, literary critic and publisher. A many time nominee for the “Nike” Literary Award, he received it for his novel Jadąc do Babadag/Travelling to Babadag. A winner of the Gdynia Literary Award for the novel Taksim and many others. He published more than 20 books which were translated into many languages.