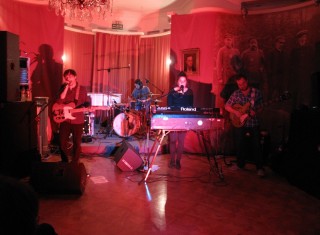 Not only do they give live concerts but also play for theatrical performances. After years of work they have an established reputation, recognition and accolades: they played at the biggest world conference on music, South by Southwest Festival in Austin (USA) and at the famous Liverpool Sound City. They were awarded the title of the Warsaw Ambassador of Honour which is given to “artists having great authority and whose achievements are significant, both in and outside Poland”.