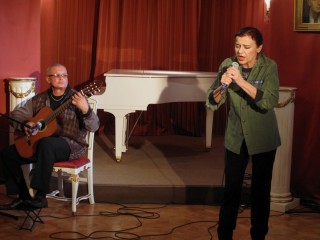 This is a legendary monodrama-recital based on Stachura’s texts. In the 1980s and 1990s the actress played it more than 3 000 times. In 2010 she decided to revive Wanderer’s Mass… and it turned out to be a great success.

The music was composed by Roman Ziemlański. Written and directed by: Krzysztof Bukowski.

The premiere performance was held in 1982 at the Stara Prochownia Theatre.